Rescue Border: Action Shooting is commando strike game and border strike game . Get ready to face the terrorist in the border with no one other here around to help. You have to kill all enemies on the each level in army games, the only way of survival is to kill all the enemies in this army fighting game. You have to face the enemies in the border at this commando attack game, and you are alone in this mission. This army fighting games is designed especially for survival of village area occupied by extreme terrorist and they are deadly killing innocent people, you are having real modern military commando elite forces trained for these wars equipped with deadly strike arms, strike guns and grenades ready to start in the commando survival game against terrorist extreme killer of common people for nothing. Features: - Different level to became an army commando game - Easy selection of weapon - Beautiful 3D environment of game - Totally free shooter game - Advance weapon selection. 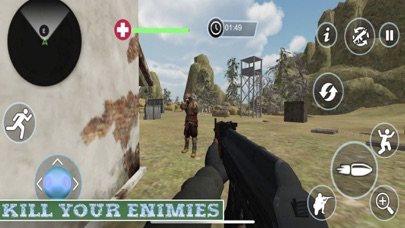 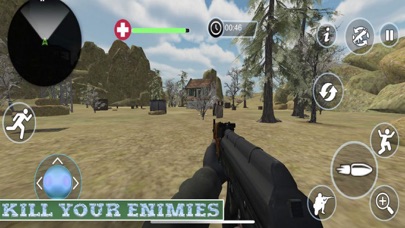