Score: 5
5
From 4 Ratings
Free On itunes

Jack’s Flight Club is the UK and Europe’s biggest cheap flights club, with over 1.5 million members as featured by the BBC, The Times, Independent, The Guardian, and many more. Jack and his team of flight hackers cleverly monitor airfare on thousands of routes from the UK and Europe to countries all across the globe, to let you know when flights to amazing destination go really, reaaally cheap. The very best flight deals often stick around for only a day or two, and being the first in the know means saving hundreds of pounds or euros on fares to your dream destinations, before they go back up. Each time we find a cheap flight deal, you’ll be notified in the app with a push notification loaded with all of the information you’ll need to decide if it’s a deal for you. You’ll find details on the departure and destination airports, how and where to book, and how long we expect the flight deal to last. See a fight deal you like, grab it before it’s gone, and bon-voyage you’re heading off on holiday for much, much less. You’ll be stunned by some of the ridiculously cheap international flight deals we’ll find you - Jack’s Flight Club members save an average of £402/€447 for each flight ticket booked. To give you an idea, here are some of the recent return trip flight deals we’ve unearthed for our members: * London - Tokyo (return) for £263 * Manchester - Las Vegas (return) for £199 * Berlin - Cape Town (return) for €279 * London - New York (return) for £99 * Amsterdam - Tokyo (return) for €268 * Dublin - Vancouver (return) for £236 * Inverness - Hawaii (return) for £239 * Liverpool - Morocco (return) for £30 * Birmingham - Costa Rica (return) for £319 * Copenhagen - Sydney (return) for €468 * London - Havana (return) for £205 * Edinburgh - Shanghai (return) for £212 * London - Melbourne (return) for £418 Download the app now and sign-up as a free member to view the currently available deals and begin receiving cheap flight alerts. We monitor routes departing from the United Kingdom, Ireland and throughout northern Europe, including Germany, Belgium, The Netherlands, Norway, Sweden & Denmark. ***Here’s what some of our members have to say about Jack’s Flight Club*** "Just booked New York for the family for next May! £225 each, half what they'd normally be :-)” - Machaela Staples “It's the best app ever! I booked 2 return tickets to Japan for 710 € in total, which would be cheap for 1 return ticket! It's amazing, Jack flight's club saved us more than 700 € with only one flight! Its absolutely worth signing up! Keep up with the great work!!!” - Andrea Kearney “I’ve made savings of £945.50 on flights and still counting! So far I’ve purchased three return flights, to Havana (Cuba) for £131.50 instead of £700, Entebbe (Uganda) for £237 instead of £450 and St Petersburg (Russia) for £136 instead of £300!” - Mouhamadou Ndiaye “Jack saved my wife and I more than £1,000 on our honeymoon to Hawaii next month! We're definitely looking forward to cocktails from coconuts on the beach in Maui, seeing the active volcanos (hopefully grab a helicopter flight), and the sun rise over Haleakaal!" - Tim Jones Download the app for free now. A paid Premium version of the app is also available for upgrade within app. Here's the information on subscription options and auto-renewing subscriptions as follows: • Quarterly £12 (auto-renews quarterly) - £11.99 • Semi-Annual £19 (auto-renews every 6 months) - £18.99 • Annual £35 (auto-renews every 12 months) - £34.99 • Payment will be charged to your iTunes Account on confirmation of purchase. • Subscriptions may be managed by the user and auto-renewal may be turned off in user's iOS Account Settings after purchase. Read our privacy policy and terms of use at https://www.jacksflightclub.com/app-terms-and-conditions/ 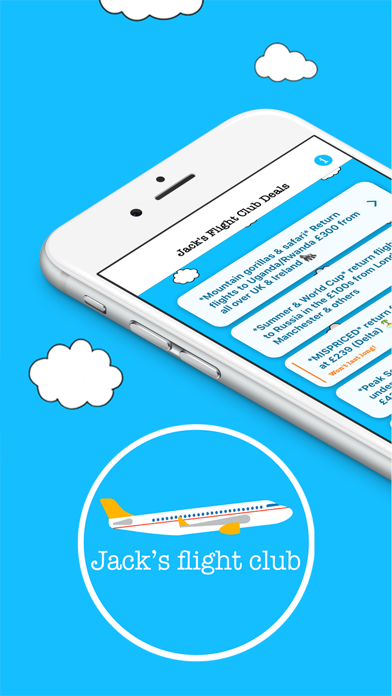 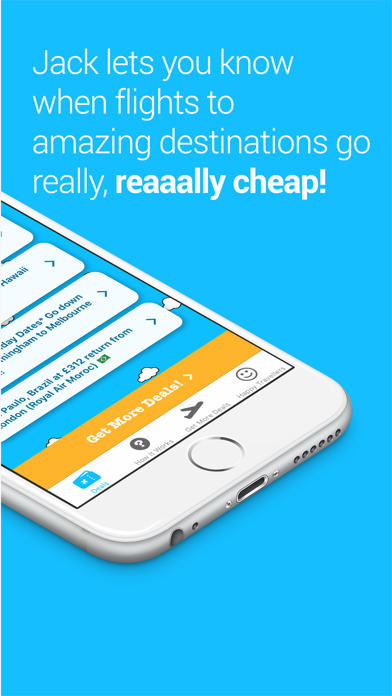 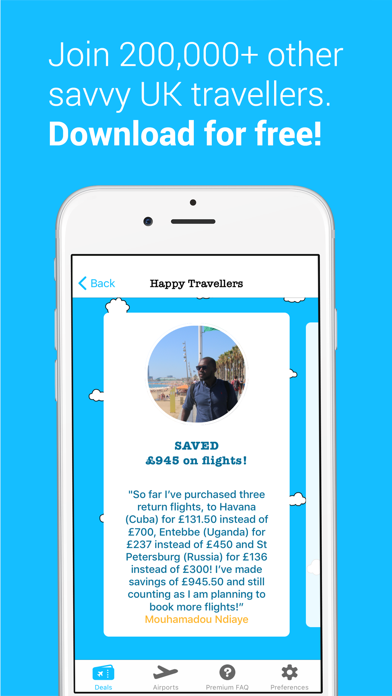