Pirates / Shall we date?

The newest game from NTT Solmare’s “Shall we date?” series, “Shall we date?: Pirates –Treasured Love in the Ocean-” is now released!! This time, the theme is pirates! There are 10 attractive men (first 5, and 5 more to come) to choose from! You are a princess of a small country. The navy and pirates scramble for you, along with a prince of a powerful country and a captain of a ghost ship joining in. A new romance begins on the ocean! 1.Story Introduction You are a princess of a small country which belongs to the Yamato Commonwealth. Yamato is known to have hidden the ruins of an ancient civilization. It falls under control of a powerful country, Saint Cross, and you are almost forced to have an arranged marriage with its third prince Lorenzo! However, the true intention of Saint Cross is to acquire the “Gardiner’s Trove”, a weapon of the old ages hidden in Yamato, for military use. It is said that the casket of the Trove can be opened only by you. You and your personal bodyguard, Nagisa, run away from your castle in order to keep from handing over the Trove. Who are you going to join hands with? Pirates? Or the navy...? 2.Characters *Arthur (naval officer): Clever and Elegant A navy commodore born of royal blood. A superior of Drake. He seems careless and daft, though he has never lost a naval battle. Rumor has it that he’s hiding how intelligent he actually is. *Black Roberts (pirate): Assertive but Kind The captain of the Black Pirates. He is a famous pirate who’s being constantly hunted on the sea by various countries. Although incredibly selfish, he has a sense of moral obligation and earns the favor of the people. *Drake (naval officer): Cool and Gentlemanly A man called the Sea Dragon. Former pirate, now serving as a captain in the Queens Coast’s navy. He is calm and level-headed. He doesn’t get along well with Roberts. *Lorenzo (naval officer): Cold but Alluring Third prince of Saint Cross. Plots to unseat his brothers and become the successor to the throne. Although appearing civil and mannerly, he is ruthless and cares nothing about hurting others if it ends in his own personal gain. *Heine (pirate): Yandere and ...? A captain of a mysterious ghost ship. Known to all as “The man you don’t want to meet”, because it is rumored that none who see him live. The stories of FIVE MORE attractive men are coming out soon! Men that are “tsundere and disciplined”, “mature and passionate”, and “mean but broad-minded”, etc. will continue to entertain you! 3.FOLLOW US facebook.com/ShallWeDate.NTTSolmare (Don’t forget to LIKE us if you enjoy our game!) youtube.com/user/ShallWeDate 4.ABOUT US Thank you very much for your interests and downloads of our games! NTT Solmare is a game company especially focusing to bring Japanese visual novels and Otome games to the world! Pirates -Treasured Love in the Ocean- is one of our game series, “Shall we date?”. We sincerely hope enjoying our games and give us feedback! 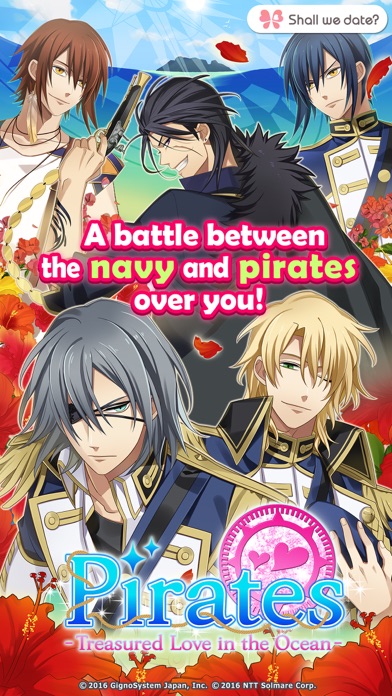 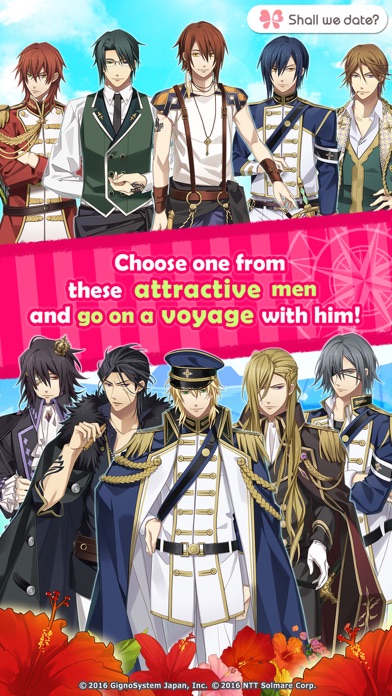 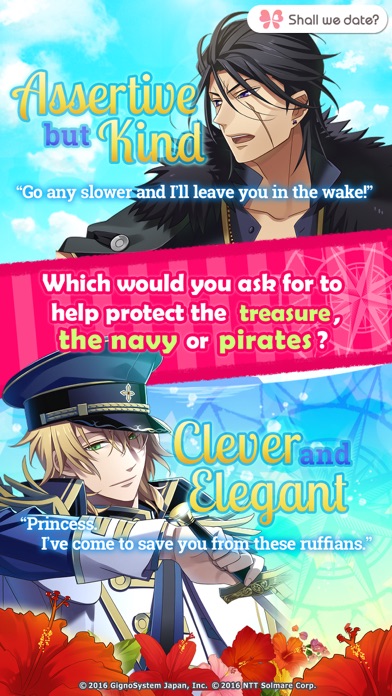 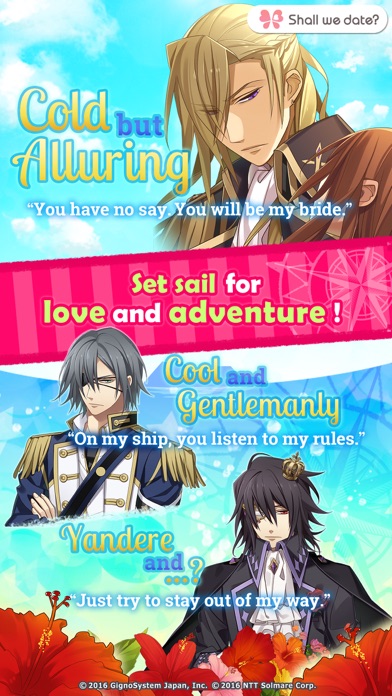 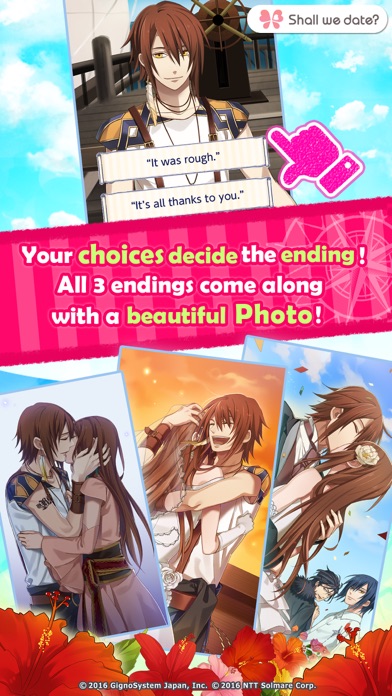