Arabian Dreams / Shall we date?

“I'm here to have you spin me a tale.” Huh? What does he mean? ABOUT THIS GAME: The newest title of the pre-paid games, “Shall we date?:Arabian Dreams -Wildest tales in Starry Nights-”, is now out from the Shall we date? series presented by NTT Solmare. “Shall we date?:Arabian Dreams -Wildest tales in Starry Nights-” is the first game we created based on the Arabian Nights, known also as the Thousand and One Nights. You will spend amazing Arabian Nights filled with the scents of exotic romance with well-known characters such as Aladdin and Sindbad the Sailor. Each character’s story has three different endings, which will vary depending on the choices you make during your gameplay. It won't be long before you realize the Arabian Dreams are unlike anything you’ve experienced before. Can’t get enough? Don’t worry! There are plenty of spin-offs as well. Enjoy the Arabian dreams! Now it’s time to read the FREE prologue and see the magical world. STORY: There is a kingdom called Madinaba’ in a big city in the desert. You are the princess of the kingdom, and your overprotective parents have forced you to remain in the palace all of your life. Tired of them, you try to sneak out to see what the world is like outside of the palace, but have never succeeded. …Until one day, a mysterious man named Ifrit appears before you and proposes that, if you spin a tale, he will let you out from the palace. When you answer “yes”, you are finally out of the palace for the first time in your life! While riding camel-back in the desert, Ifrit tells you five stories: The Tailor named Aladdin, Sindbad the Sailor, Jinni of the Lamp, The Forgotten Tribe and The Sad Prince. Strangely, you meet these men from the stories the next day. Their stories are supposed to have been already made, but you can change their fate out of your love as the tale-spinner. How would you like your love story to change? Happy ending or sad ending? Their fate and the course of your romance is in your hands… FEATURES: -It’s FREE to read the amazing prologue. -After your purchase, you can read the story as many times as you’d like. -Each character’s story has three types of endings. The ending changes depending on the choices you make during the course of the story. (Photo) -You can get at least 6 Photos, beautifully illustrated artwork, for each character. FOLLOW US: facebook.com/ShallWeDate.NTTSolmare (Don’t forget to LIKE us if you enjoy our game!) youtube.com/user/ShallWeDate ABOUT US: Thank you very much for your interests and downloads of our games! NTT Solmare is a game company especially focusing to bring Japanese visual novels 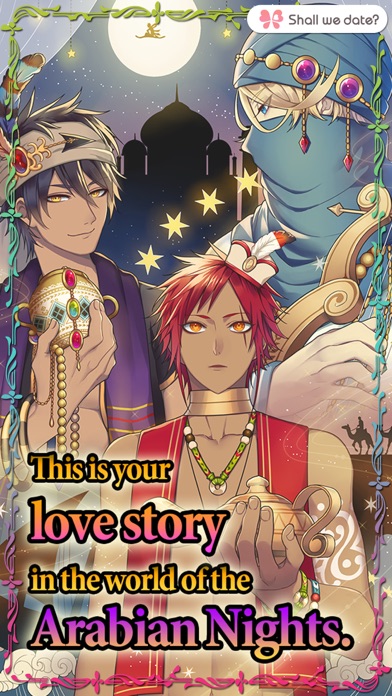 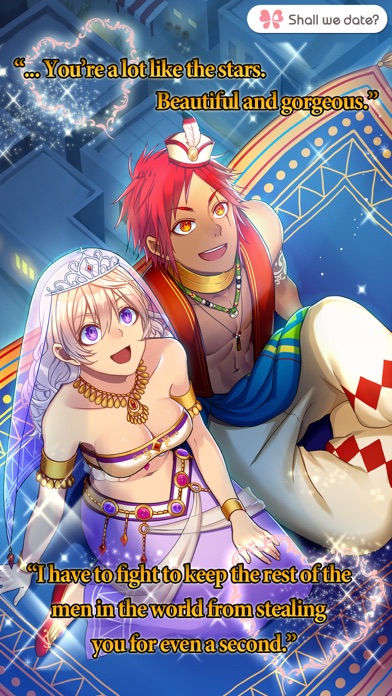 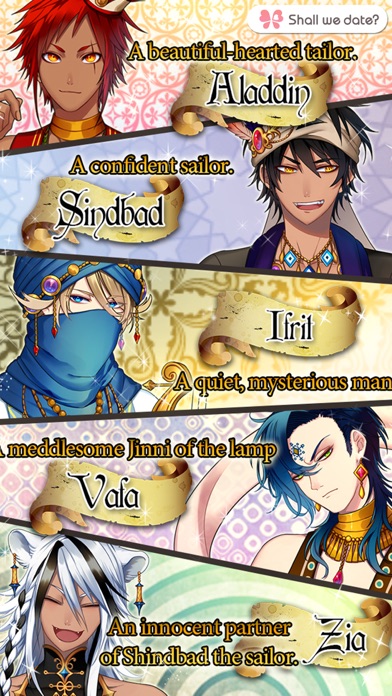 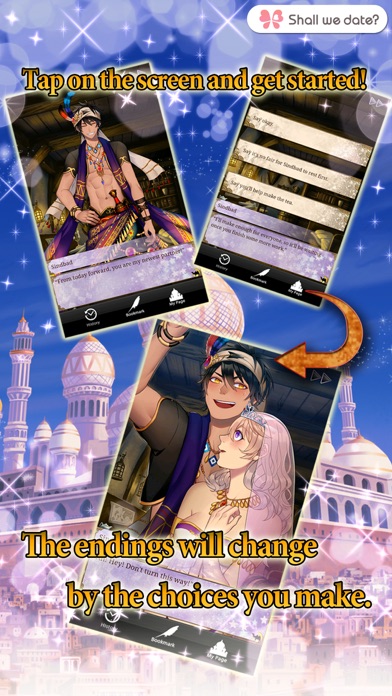 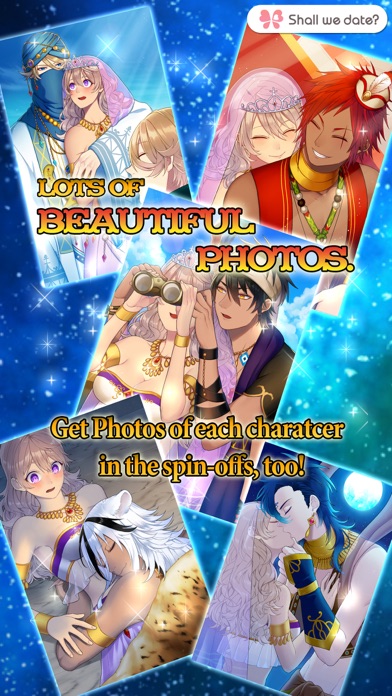